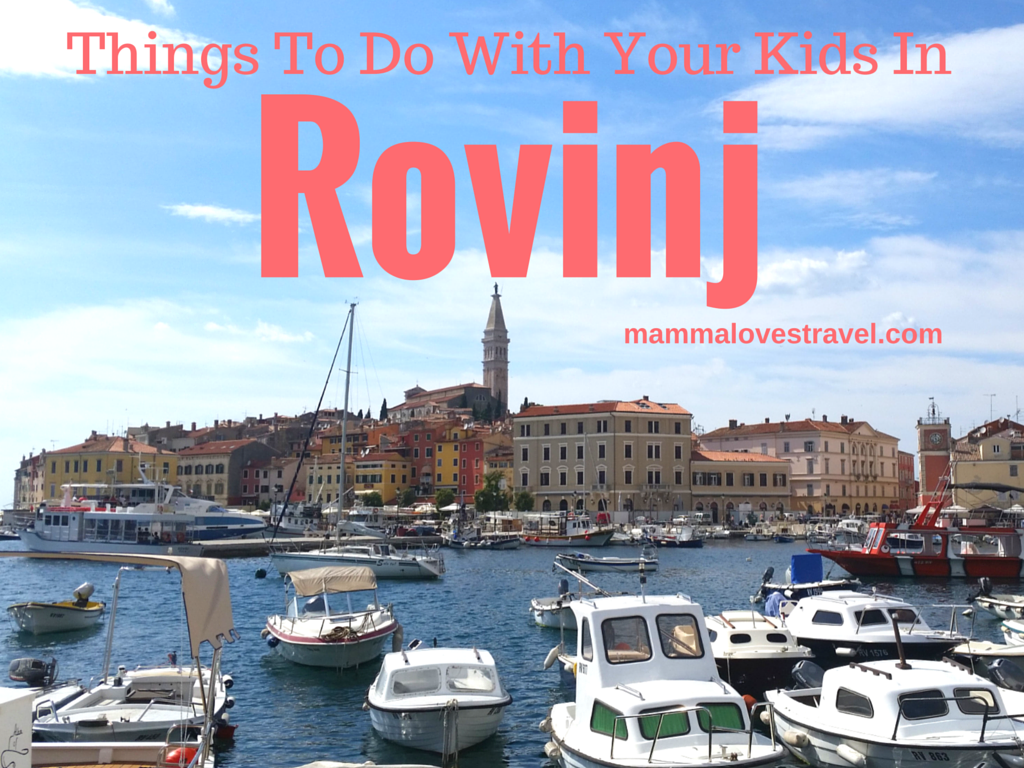 I love visiting a place that is nothing I imagined it to be- a place that makes me feel like I am somewhere completely different.

The Croatian town of Rovinj left me feeling this way.

If I didn’t know we were in Croatia, I could have sworn we were somewhere in Italy. Rovinj was once an island but is now connected to mainland Croatia. Perhaps this is why the town reminds me of Italy- some of its buildings sit above water like they do in Venice! 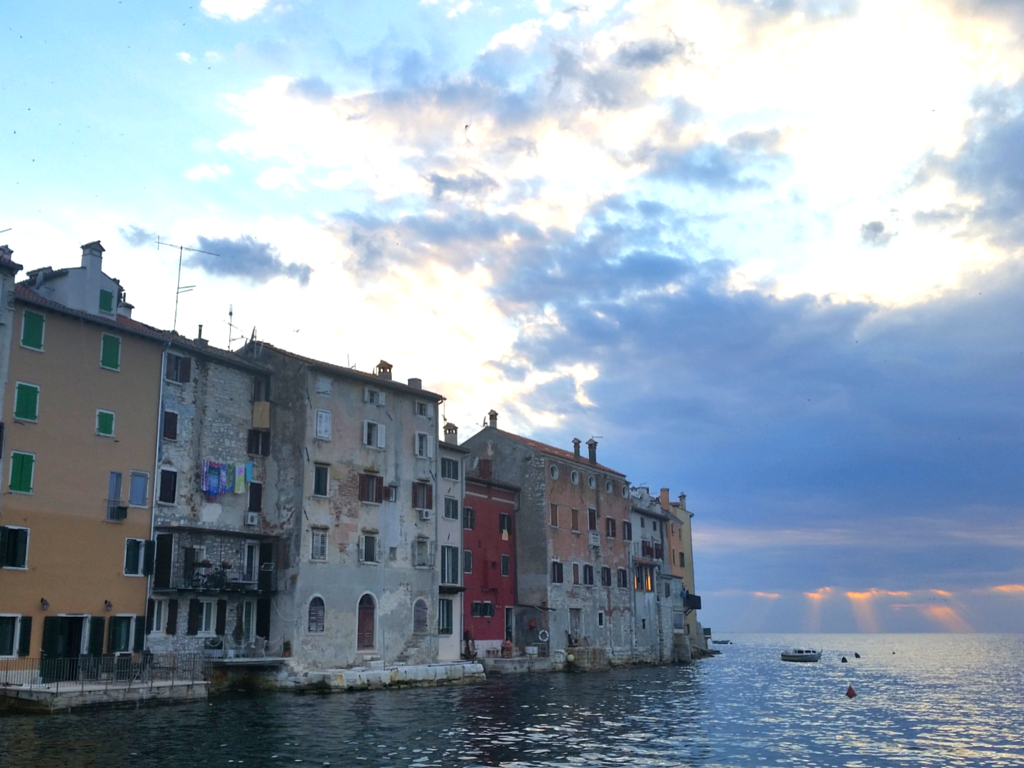 No, not Venice but Rovinj!

Rovinj is a popular peninsula town located in the north western Croatian region known as Istria. Once a sleepy fishing village, Rovinj is quite popular with Italian tourists and Croatians from other regions. In fact, Rovinj could be described as half-Italian: it’s a bilingual city, with most residents fluent in both Croatian and Italian languages.

Why is this so?

From the 13th to the 18th centuries, Rovinj (or Rovigno, as it was known) was ruled by the Republic of Venice. During this time, the town was fortified by defensive walls and three town gates were built.

In the late 18th century until World War 1, Rovigno was ruled by the Austrian Empire but following the war the town belonged to the Kingdom of Italy until the end of World War 2. It was around this time that the town’s name was officially changed to Rovinj, and the town was now part of Croatia (which was, until 1991, referred to as a state within the former Yugoslavia).

Regardless, the Italian influence of Rovinj has remained. 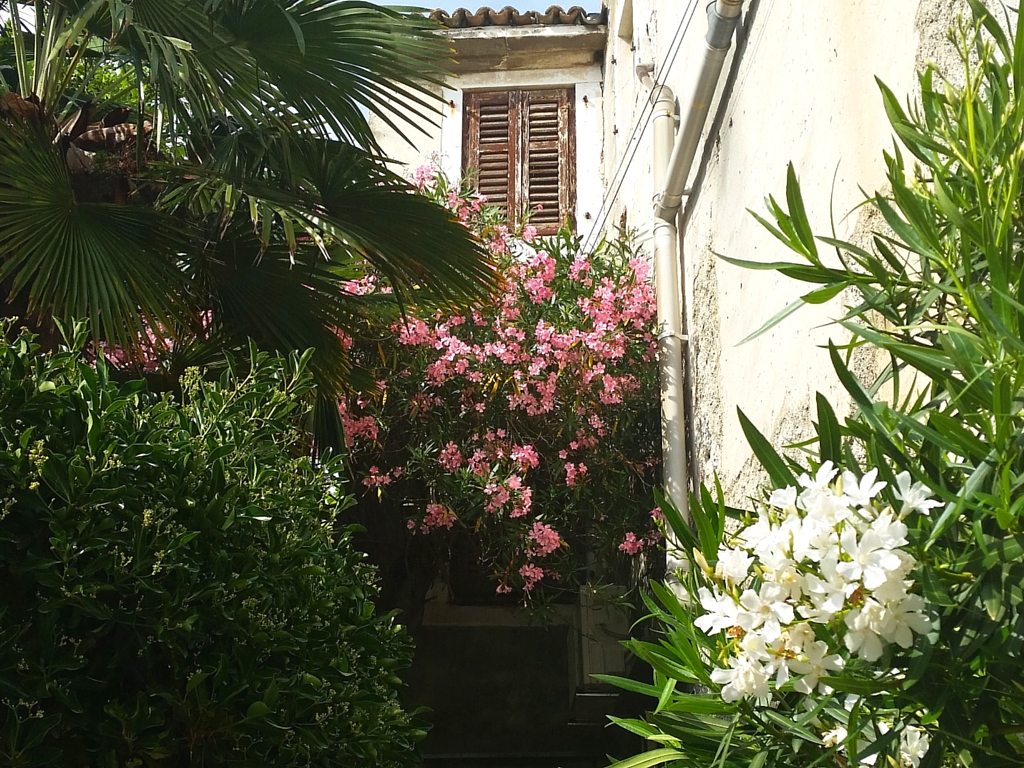 While shopping at a local supermarket, I noticed the cashiers were speaking to customers in Italian. All the street signs were written in both Croatian and Italian. The majority of tourists seemed to be Italian. There is also a direct ferry between Rovinj and Venice!

But more than that, there was a vibe in Rovinj that reminded me of Italy- I can’t quite pinpoint why. I haven’t been to Italy in 15 years, but it’s a place that still remains in my heart (and a place I need to return to someday soon!).

Rovinj may not be as loud and outgoing as Split or Dubrovnik, but there are still plenty of family-friendly things to do both in Rovinj and the Istrian region.

Top Things To Do With Your Kids In Rovinj 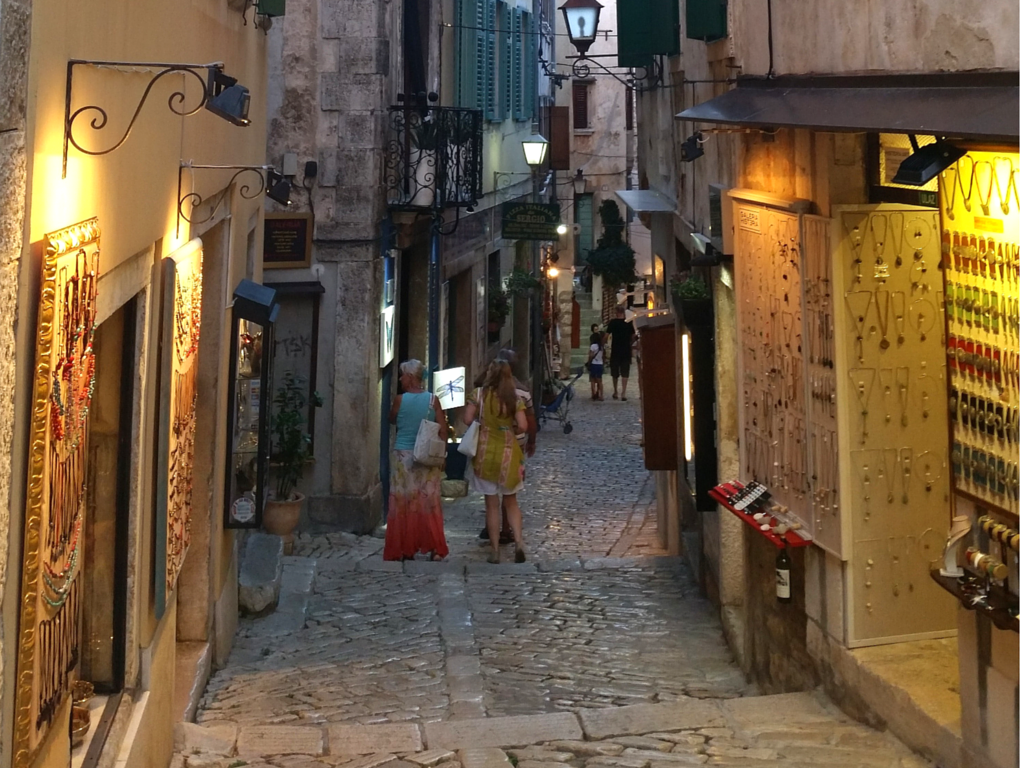 Take your kids on a leisurely stroll through the old town, stopping at many of the art and craft stores. The best time to go is in the evening when it isn’t so hot. Just a little warning- the cobblestone streets can be very slippery, and my kids kept getting their feet caught in between in the cobblestones. I’d advise wearing comfortable closed-toe shoes! 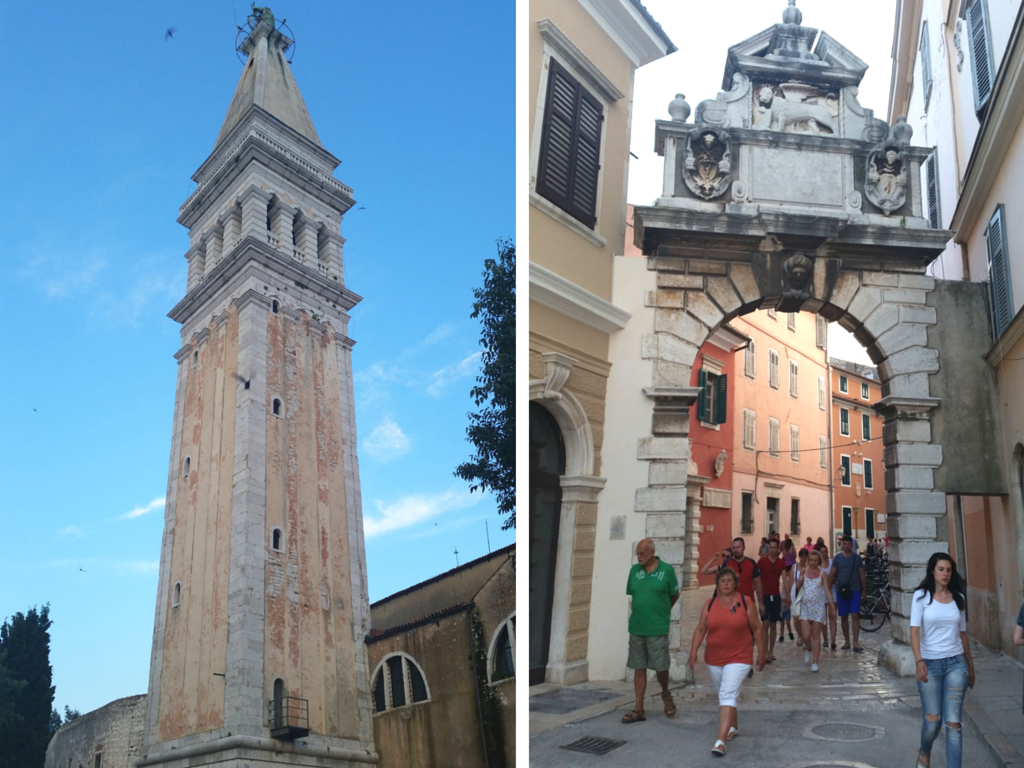 Walking through Rovinj’s historical centre is a must.

Saint Euphemia is a Christian saint who was martyred in the 4th century as part of the “Great Persecution” of Christians under the Roman Emperor Diocletian (Diocletian’s Palace was located in Split, and you can read more about it here).

A sarcophagus containing some of Saint Euphemia’s relics are found in the Church.

One of the first things you will notice about Rovinj is its bell tower- to get there, walk through the old quarter in Rovinj and follow the streets that lead uphill (again beware of the slippery cobblestones). Once you reach the top you will get a magnificent view of the nearby islands. 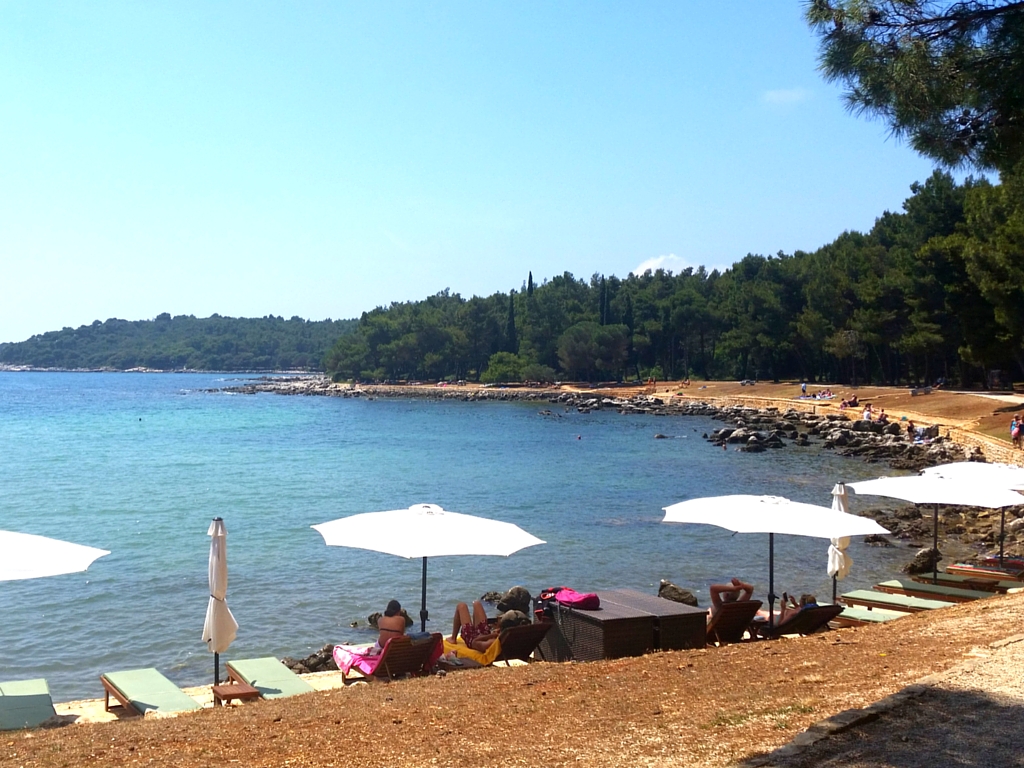 Spend a relaxing day at the beach

3.  Spend the day at the Zlatni Rat park and bay

With crystal blue water perfect for snorkelling, there are many swimming inlets bordering the Zlatni Rat forest park (not to be confused with Zlatni Rat beach on the island of Bol!). There is a path throughout the forest park for cyclists (you can rent a bike for as little as 5 euro per hour), and there are a number of cafes and bars where you can relax with a coffee (or a midday cocktail perhaps?).

Just when you think you have run out of things to do with your  kids in Rovinj, you could always visit one of the two giant water theme parks! We drove about 45 minutes to Aquapark Istralandia, but unfortunately on arrival we discovered it was CLOSED! We were so disappointed- Mark and I felt like the Griswald’s in the original National Lampoon’s movie when they drove cross country to Wally’s World to find it closed. But unlike in the movie, we didn’t break into the park but simply drove home.

Afterwards, we found out that there is ANOTHER water theme park also close to Rovinj called Aquacolors Porec.

So if theme parks are your thing, or you just want the kids to burn some energy (and your wallet!), then either of these two water parks would be your best bet! You will need a car to reach the water parks, as there is no public transport available. 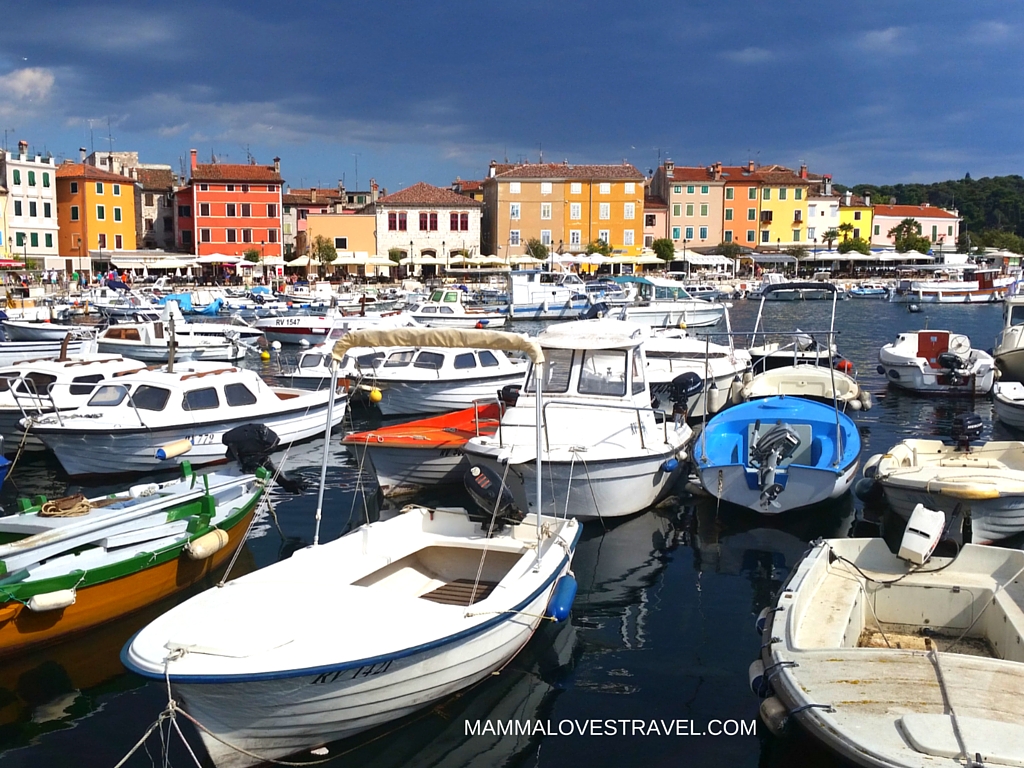 One of the best things to do with your kids in Rovinj happens to be one of our family’s TOP THINGS TO DO IN CROATIA– eat ice-cream! We began our own ritual of going for an evening stroll around town and buying an ice-cream. The kids’ favourite flavours were rainbow and lemon, while I loved tiramisu and hazelnut. 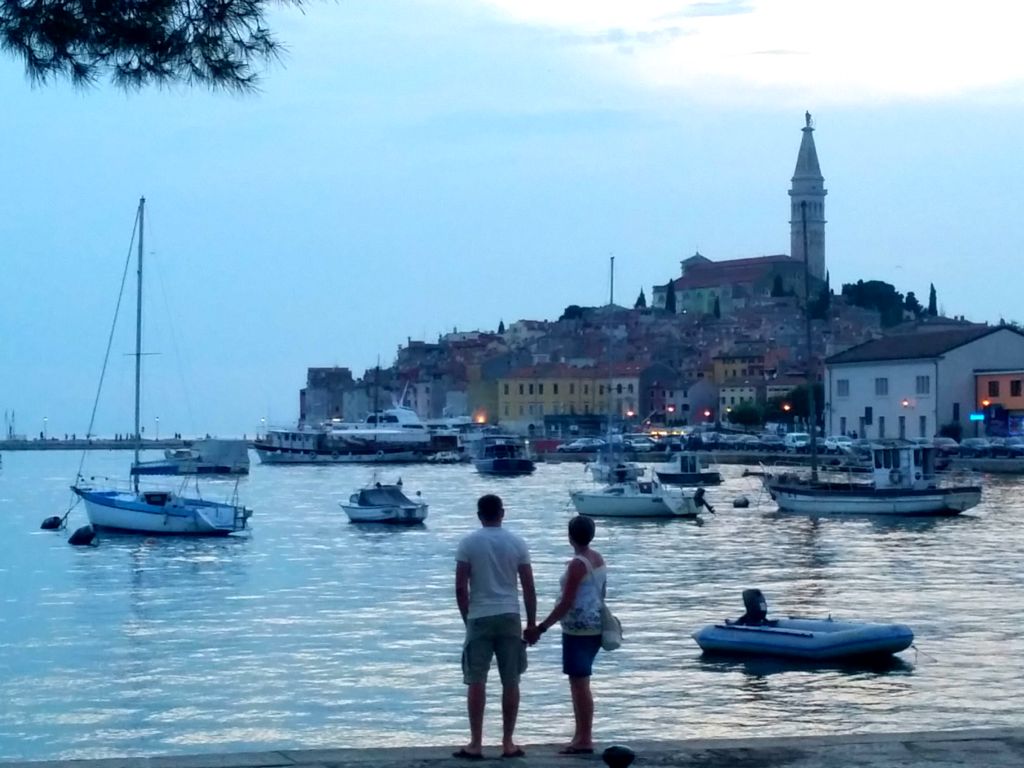 St Catherine island is only a short taxi bus trip away from the old centre of Rovinj, where you can spend the day exploring the rocky beaches and walking paths.

Other places worth visiting in the Istria region include the historical city of Pula with its Roman amphitheatre, Porec, Umag (home of the Croatia Open tennis tournament) and Motovun. Istria is known for its world famous truffles- in fact, the Guinness Book of Records recorded the largest ever truffle which was dug up by a local man and his dog in the Istrian region back in 1999!

Rovinj is easily reached by car, and the views while driving throughout the Istria region are spectacular.  Note that cars are not allowed in the city’s historical centre. There are parking places just outside of the centre (both on-street and off-street), and the walk into the centre is short and easy. We parked our rental car about a 10 minute walk from the centre. Be warned that the residential streets in Rovinj are quite narrow, and that people drive very quickly around corners- we almost collided with a woman on a motorbike!

Ryanair flies from Dublin to Pula while Easyjet flies from London to Pula, where there are buses that take you to Rovinj (35km distance).

You can reach Pula by train from Ljubljana or Zagreb, and then travel to Rovinj by bus. Note that trains are generally slower than buses in Croatia.

Venezia Lines operates a service between Rovinj and Venice between April and October. Daily services are offered in July and August. It is possible to depart on the 7am ferry from Rovinj and spend the day in Venice, arriving back in Rovinj at 9pm. A one-way trip takes about 3 hours and 45 minutes.

Rovinj is a very easy and relaxed town to visit with children with enough things to do to keep everyone happy. The town is popular with tourists in the summer months however is not as touristy as the towns in the Dalmatian region further south. It is an easy stopover in Croatia if you are already in nearby Italy or Slovenia.

Have you ever visited a place that reminded you of somewhere else you have been?

Do my photos of Rovinj remind you of Italy?