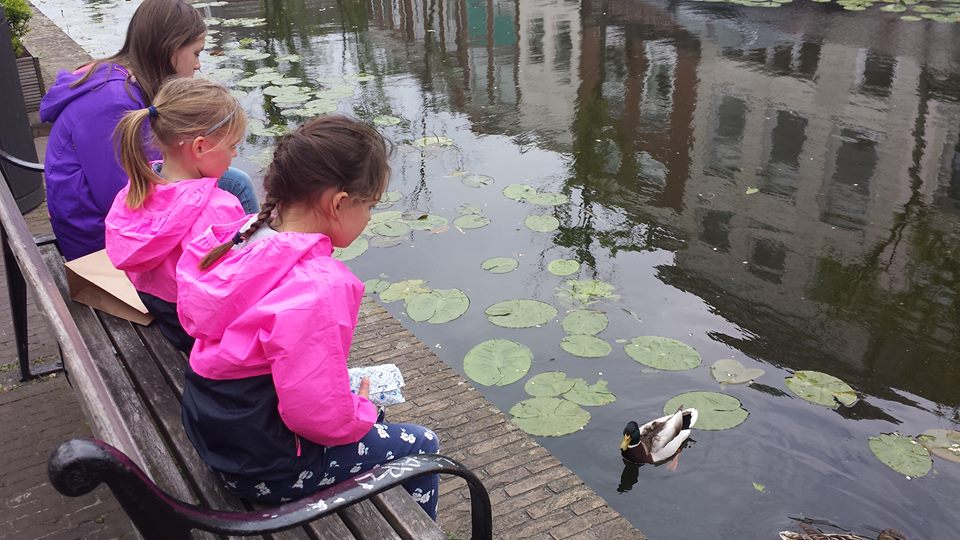 Going on a family holiday isn’t just about relaxing and having fun, but it’s also a great educational opportunity for the kids. We knew that our kids would learn a lot while travelling around Europe, but I was surprised by how much they learnt and what they learnt.
There was a lot more to their education than just learning about history, geography and languages. Maths and sciences made an appearance too! (And sometimes we had to resort to Google for the answers, similar to when the kids have homework back in Australia!).
I’ve compiled a list of some of the extraordinary things the kids learnt and showed an interest in while we travelled around Europe, although there are probably many more things that I am yet to realise.

1. Currency: The kids were exposed to different types of currency, and there were plenty of opportunities to teach them some basic maths skills such as how to convert the currency back into our domestic currency, as well as looking at the different types of coins and notes. When paying for items, the kids would try to work out which notes and coins they would use.

2. Showing respect for other people’s things: As we stayed in Air BnB apartments, my children learnt that some of the places we stayed in were people’s actual homes, and so some of the bedrooms contained children’s toys and personal items. The kids learnt to respect these things and to put things away where they belonged. They also took pride in cleaning their rooms and the apartments at the end of our stay.

3. How to catch public transport: London and Paris have fantastic underground train systems that may seem complex at first. The kids had maps and we would look at where we needed to go and try to work out how to get there. While on the train they would ask how many stops until we arrived at our destination, and if we had to change train lines we would work together to look for signs how to get to the other line or the station exits.

4. Basic language: Don’t worry if your children aren’t bilingual, there are still plenty of opportunities for your kids to learn other languages while travelling. My kids learnt how to say hello and goodbye in each language, plus a few other words such as thank you or goodnight. Miss 7 learnt how to ask “Whats your name? My name is…” in French so that when she was playing at Jardin du Luxembourg, she was able to make a connection with other French children.

5. How the world works: Some of the questions we had to tackle on our trip: what is an equator? Why is it day in one place but night in another? Why do Europeans drive on the right side of the road? How does this shower work? How many hours behind Australia are we? Some of the questions we had answers to, while others we had to figure out as well! Thank goodness for Google!

6. Do as the locals do: The kids discovered that in many European countries, dinner is eaten much later than back at home, so we found ourselves eating dinner at a later time too. In Croatian coastal cities, after dinner people go out for ice-cream and leisurely evening strolls. This became a favourite family ritual during our fortnight in Croatia!

7. The logistics of flying: Border security, boarding passes and passenger cards were things the kids learnt about from flying to and from and across Europe. They learnt to find out which gate we were departing from, where we had to collect our baggage from and what items you could or couldn’t travel with and why. They learnt why planes had to stop in other cities along the way, and why our carry-on bags had to be scanned. They also learnt about differences in temperatures on the ground and in the sky, and why our ears sometimes get blocked when flying.

These were just some of the many ways in which travelling became an enriching experience for my kids. And some of what they learnt is only becoming evident now that we are at home.

I’m sure some of the knowledge will flow through to their school, and will be shared with other students and teachers, as well as with family and friends.

As parents, we can’t underestimate the value of showing the world to our kids and opening up educational possibilities that extend way beyond the traditional classroom. Through travelling, we are helping our kids become accustomed to the global world in which we live in today, and setting them up with lifelong skills and enriching experiences.

What are some ways that travelling has been educational for your child/ren? What have your kids learnt while globetrotting? Please share your thoughts!

**Linking with The Climbing Tree

5 thoughts on “7 Things Your Kids Will Learn While Travelling”