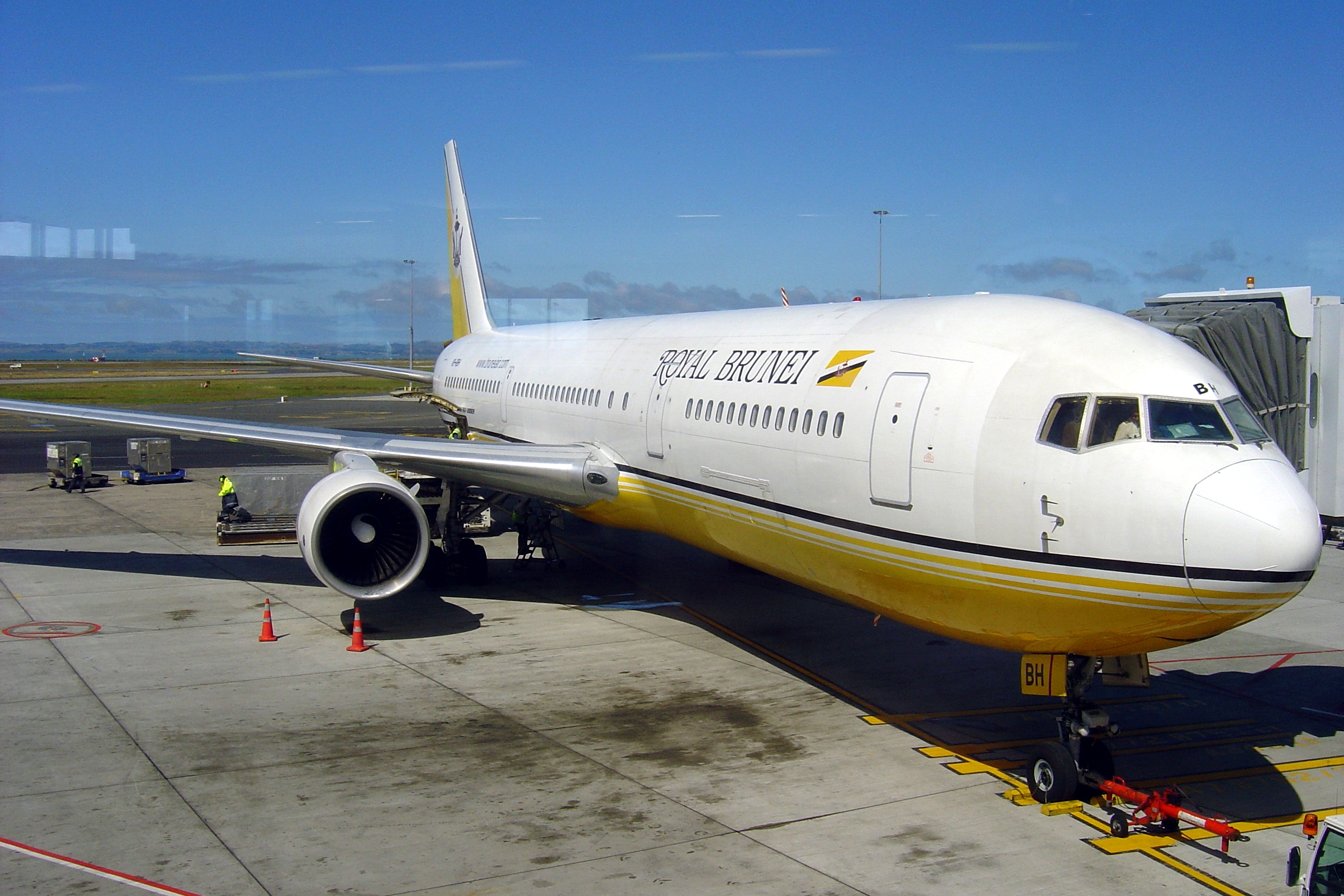 Click here for accommodation options for London with families.

The beauty of 21st century air travel is the number of options available to travellers- carriers for all budgets, big or small, and I was able to find an airline that fit in with our requirements for air travel with children, at a price that was very attractive to my budget-conscious family.

Royal Brunei flies the Melbourne to London route, stopping over in Brunei (Bandar Seri Begawan) and Dubai. Where is Brunei, I hear you ask? It’s a small country located on the north coast of the island of Borneo, neighbouring Malaysia. 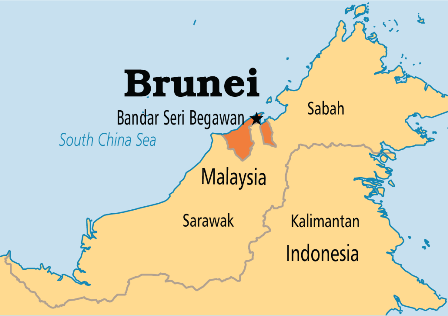 The Aircraft: Royal Brunei’s fleet consists of the Boeing 787 “Dreamliner”, which according to many travellers does not live up to the standards of the more superior A380. However we found the seats quite comfortable, and the flight itself was very smooth and not too noisy.

Price: Royal Brunei offered great value for money. For a family of 5, this was very important to us. We were originally looking at flights to take us to either Amsterdam or Zagreb, but we decided we were happy to spend a few days in London (the kids and husband had never been) and then get a connecting flight on a budget carrier.

Cabin crew: The service from the cabin crew was outstanding. Each flight attendant was friendly and professional, and was attentive to our kids’ needs (if they wanted another drink, or extra snacks, this was never a problem). Their uniforms are very stylish, and I heard another passenger complementing the flight attendants on their uniforms.

Luggage: Royal Brunei allows 30kg of checked in luggage per passenger, which is fantastic for those who carry a lot of luggage or for those who are moving overseas.

Windows: The windows on a Dreamliner are larger than other commercial aircraft windows, and they don’t have the plastic pull-down shades that older aircraft once had, but are controlled via a dimming feature. Both passengers and flight attendants have control of the dimmers.

Choice of food: One thing I was really impressed with was the choice of menus for specific dietary requirements, including gluten free, dairy free, low fat and low cholesterol, low sodium, and they even had a raw menu. Their children’s menu includes baby meals, children’s meals or fruit platters. You do need to specify your requirements at least 24 hours prior to departure.

The journey: We found the flight on the way home particularly pleasing, it felt very smooth and quiet and although there was a little turbulence near Dubai, overall it was a stress-free experience. We prepare ourselves before long haul flights, and I highly recommend packing some essential items to keep the flight comfortable and relaxing for everyone.

The toilets. I’m not a fan of the Dreamliner toilets. One of the locks was faulty, so it would show the toilet as being vacant when it wasn’t (but thankfully the door remained locked!). The water in the basin took a while to drain and I was worried it would overflow. And on one of our flights, the flush wasn’t working properly.

The website. I love being able to check-in online while at home as it saves so much time and hassle at the airport. But the Royal Brunei website has many bugs and glitches. Prior to leaving Melbourne, I was able to check-in successfully online but was not able to print the boarding passes. Prior to leaving London, I could not check-in online at all. Hopefully the airline will look into rectifying these problems because in this day and age, online check-in is important.

No alcohol. I’m not fussed about alcohol but if you like to have a drink while flying, then you might be disappointed to know that Royal Brunei does not serve alcohol on any of its flights.

Smoking. If you are a smoker, be advised that there are no smoking facilities available at Bandar Seri Begawan Airport, so you will have to endure 16 hours of not smoking (until you reach Dubai, where there is a smoking room but you only stop in Dubai for about thirty minutes).

Two stopovers. Initially two stopovers was appealing to me when selecting our airline, because I thought it would break up the journey a little and allow my husband (who hates flying) to stretch his long legs and have a cigarette. But with children, it proved to be a nuisance. The kids had fallen asleep after we left Brunei for Dubai, and unfortunately I had to wake them up once we arrived in Dubai. This made them grumpy and overtired. It would have been better to have had a route where there was one 12-14 hour leg.

Also the Dubai stopover was strange, because we only had 30 minutes to disembark from the plane (we could leave our carry on things in the plane but keep our passports and valuables with us) and go through airport security then back to the departure gates. Hubby had just enough time for one cigarette and I had a coffee, before we had to board again.

The 2.5 hour stopover in Bandar Seri Begawan dragged on a little, because it is a very small airport without any shops or entertainment to occupy the kids. There was a Coffee Bean and Tea Leaf café, and there is a Burger King that has not yet opened (despite it being built over a year ago).

The food. The food itself was pretty standard for airline food, although my kids were not impressed with the hot meals offered. Hubby and I ended up sharing their meals and we thought they were actually quite nice, it’s just that we have very fussy kids. Their hot meals were creamy chicken pasta, chicken nuggets and mini burgers and vegetables. Breakfasts were scrambled eggs and sausages. Their snacks were Oreos, fruit salad, ice-cream, potato chips and bread rolls. You can guess that they ate all their snacks, of course! So my advice would be to bring along some extra snacks and make sure they eat a good meal at home before leaving. The adult meals were pleasant and plentiful (it felt like we were constantly eating and drinking). 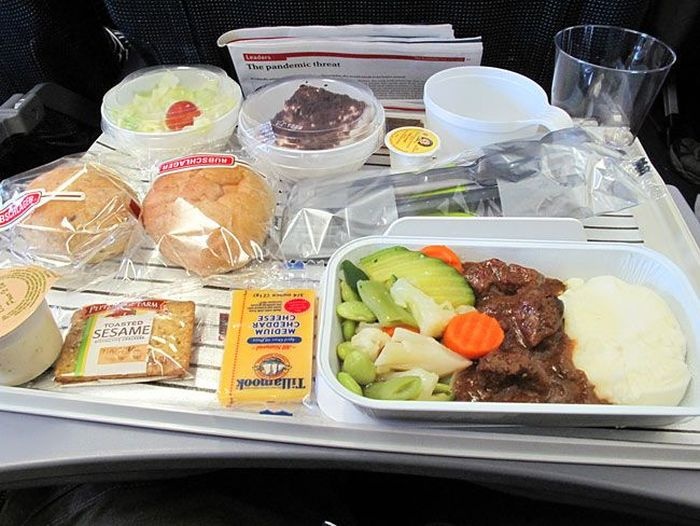 Overall: Royal Brunei offers a great flight service at an unbeatable price. Its kids menu hot food could be improved (but can you please kids other than offering them McDonald’s?) as well as its website check-in procedure, and the airport in Brunei isn’t the greatest, however if budget, comfort and safety are most important to you, then you will find Royal Brunei a great airline to fly with. Would we fly Royal Brunei again? I have no hesitation in flying Royal Brunei again, however to keep the kids and hubby happy, we would probably choose an airline that only has 1 stopover, has better food for the kids and stops at an airport with smoking facilities. But I would still recommend Royal Brunei to other families, particularly those who are budget conscious.

Disclaimer: This review is based on our own personal experiences of flying with Royal Brunei Airlines. The airline has not asked us to write a review, nor has it offered us payment for our views. We purchased the flight tickets ourselves. The views expressed in this review are that of Mamma Loves Travel, in the interest of providing information to the public. All details and prices were correct at the time of publishing, but may be subject to change. Please consider your own family’s travel needs when choosing an airline to fly with.

This post is featured as part of #TravelTuesday through Bumble Bee Mum.