“I find it hard to believe your kids behaved that way”.

This was the general consensus after we told people we had a fantastic time on our recent trip, but the kids’ behavior was something else entirely.

When I called my dad from Split in Croatia and practically cried into the phone from frustration, he laughed. He told me that was why he never took us travelling as kids. Thanks, dad. Thanks a lot.

You can call this post “Mummy Revenge”- I like to call it the family travel disclaimer you don’t see on blogs and social media. Because most people like to forget about those travel moments that made them feel like throwing the kids on the next flight home (while they continued travelling).

For those of you still in disbelief that my kids are not the little angels that they appear to be, here is a short list of some of the (un)memorable moments we experienced recently in Europe: 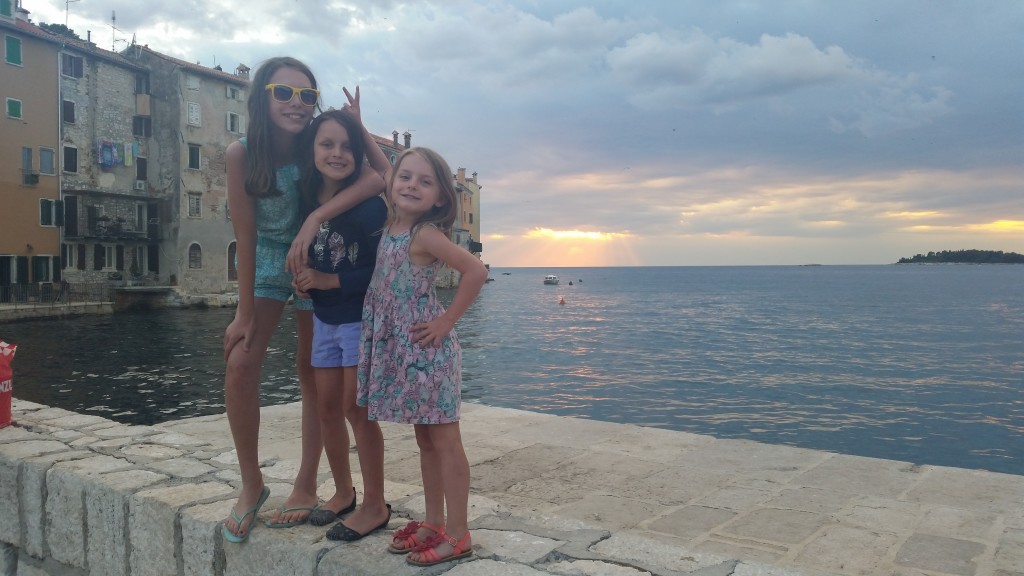 The lead up to this photo: bunny ears, pushing and pinching!

Laughing like hyenas while on the rooftop of the Seine river cruise boat in Paris. We sat at the back, they sat near the front. Each would take it in turns to come up to us to ask if they could please sit downstairs instead. This went on for 45 minutes before we caved in and went downstairs (mainly to hide from embarrassment).

Stepping on each other’s feet while lining up at Passport Control at just about every airport.

Running away from Miss 5 while on the ferry in Croatia.

Miss 5 having a complete meltdown an hour into our Rijksmuseum visit in Amsterdam.

Miss 11 and Miss 7 slapping each other while walking the streets of Zagreb (while onlookers gave us the good old “tsk, tsk, tsk”).

“It’s not fair *so and so* drank more water/got more ice-cream/bought the bag I wanted/ate more chips/sat next to mum etc…etc…etc…” Everything seemed to be a competition.

Not holding onto the rails/poles while on the Paris Metro. Anyone who has been on the Paris Metro will know just how fast the trains travel. The kids thought it would be hilarious not to hold on and try (unsuccessfully) not to fall. 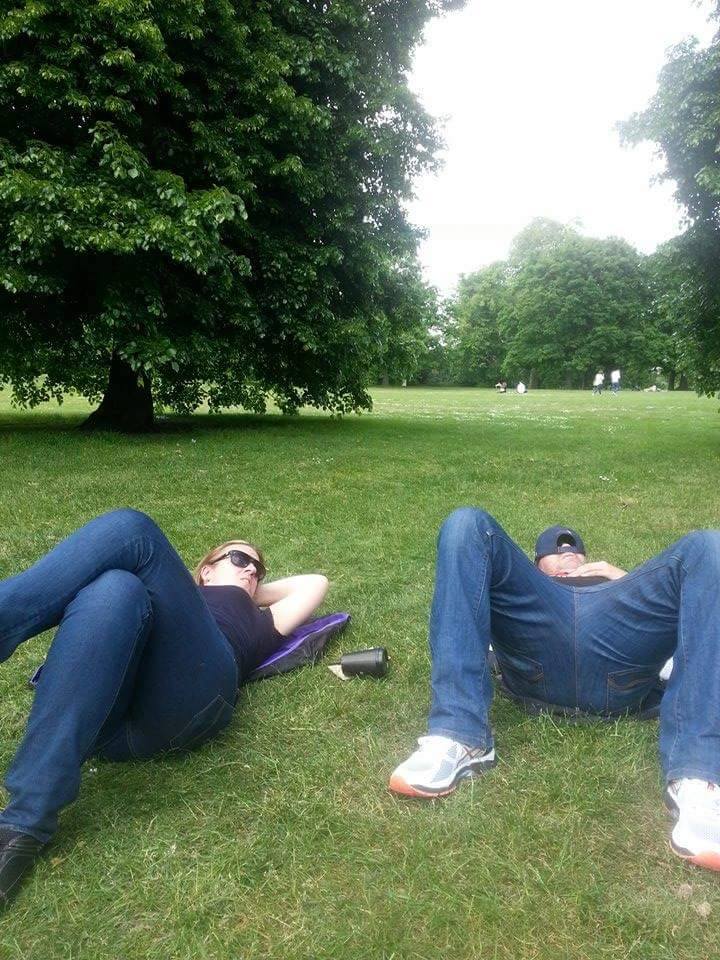 Travelling with kids is hard work. Taking a rest in Hyde Park, London.

I bet you’re thinking, she should’ve bought along their electronic devices to shut them up. Ahem. I did. But they would fight over who got to use the charger first (because we didn’t think to bring one charger per person).

To be fair, their behaviour while away was no different to their behaviour at home. It just seemed worse because we were the centre of attention while out in public, plus we were together 24 hours a day, 7 days a week for FIVE AND A HALF WEEKS.

Now that I have probably put you off taking that family holiday you have always dreamed about, I’d like to share with you some tips and advice that I wish I had known before we went away.

Expect the unexpected, and try to roll with whatever happens- how to handle kids' behaviour on vacation #familytravel Click To Tweet

Understand that your kids will probably misbehave at the worst possible moment. Know that this is normal, and it happens to other families too.

Remember the basics: Make sure your kids go to the toilet before going out for the day. Carry a day pack with snacks, water, tissues and Band Aids.

Museums, kids-style: Before visiting a Museum, make a list of what art you want to see. Find where the art is located before getting there. Pre-purchase tickets when possible. Find out if the Museum has later closing times as this is often when there are shorter queues. Set yourself a time limit- usually one hour is plenty. Be flexible to allow for possible tantrums. Don’t visit too many Museums. Offer bribery (a promise of ice-cream usually works).

Split up the family: I noticed that when we went out as a group of 2 or 3 rather than as a group of 5, there was less arguing. While in Paris, each evening I would take one child out with me for a walk. They felt special, and we had some nice mummy/daughter bonding. And mummy got to see everything she wanted to see without daddy feeling like he had to be dragged along!

Bring enough electronic devices and chargers for each child: I’m usually anti-technology while on holiday and yes it is the easy way out, but face it: you’re on holidays too, you deserve a break. If it helps bring peace and quiet for a short time, then it is worth it.

Find a park/playground: Let the kids burn off some energy while you sit down and have a rest (maybe even a coffee?). They quickly forget about the fight they were just having.

If none of these work in preventing a tantrum, then just walk away and pretend you aren’t related.

Have your kids misbehaved while on a family vacation? Please share your stories and make me feel normal. (Oh, and if you happen to be French and your children misbehave, could you please prove me wrong that all French children are perfect?)

and The Weekly Postcard.