Home
/
Destinations
/
Palais Garnier And Me: Because I’m Worth It

I hate to break it to you.

Despite all the “happy families” photos you might see on family travel websites, traveling with your kids is no episode straight out of The Brady Bunch (just to prove my point, have a read of THIS ).

That’s why it’s important to get some “mummy time” even while traveling with your family.

That means, setting aside some time for YOURSELF. Without guilt.

I had no problem doing this while we were in Paris. By our 5th day, the kids were happy to chill out at our apartment with their dad while I had half a day to myself to explore the things I’ve always wanted to see in Paris but never got the chance.

The Palais Garnier was one of these things. 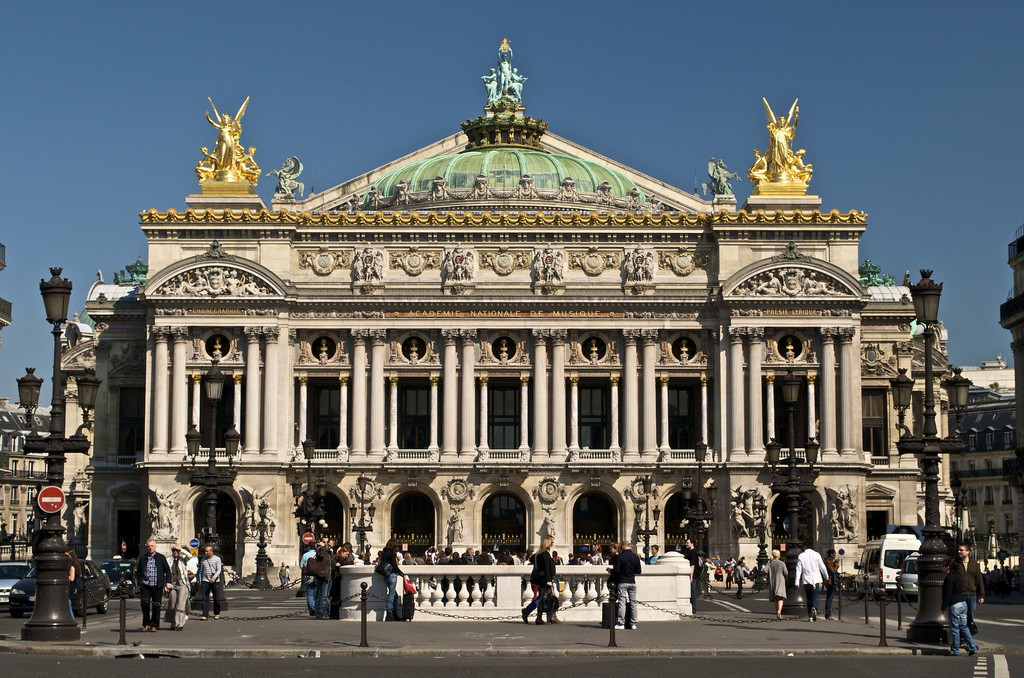 Walking up the steps inside the Palais Garnier, I felt a sense of awe as the opulence of the interior became evident to me. I was not expecting such beauty- people don’t talk about the Palais Garnier. In fact, I had only  heard about it from reviews I’d read on Trip Advisor.

When I arrived at the Palais Garnier at around 10am, I was surprised to find that there were no queues of tourists. I thought maybe the building had not yet opened? But it had.

Tickets are only 11 Euro and can be purchased via an automated machine. It was a very quick and smooth process (or maybe that’s because I was sans kids!).

As I made my way inside and up the steps into the Grand Foyer, I was in awe- this was not what I was expecting! The architecture and interior design was very impressive- opulent and grandiose.

The Palais Garnier was designed by French architect Charles Garnier as part of a competition announced by Emperor Napolean III.

French composer Claude Debussy, upon visiting the Palais Garnier, remarked that it resembled a Turkish bath. Now I haven’t visited a Turkish bath before, but from what I imagine one to look like, I can agree with Debussy.

What do you think? 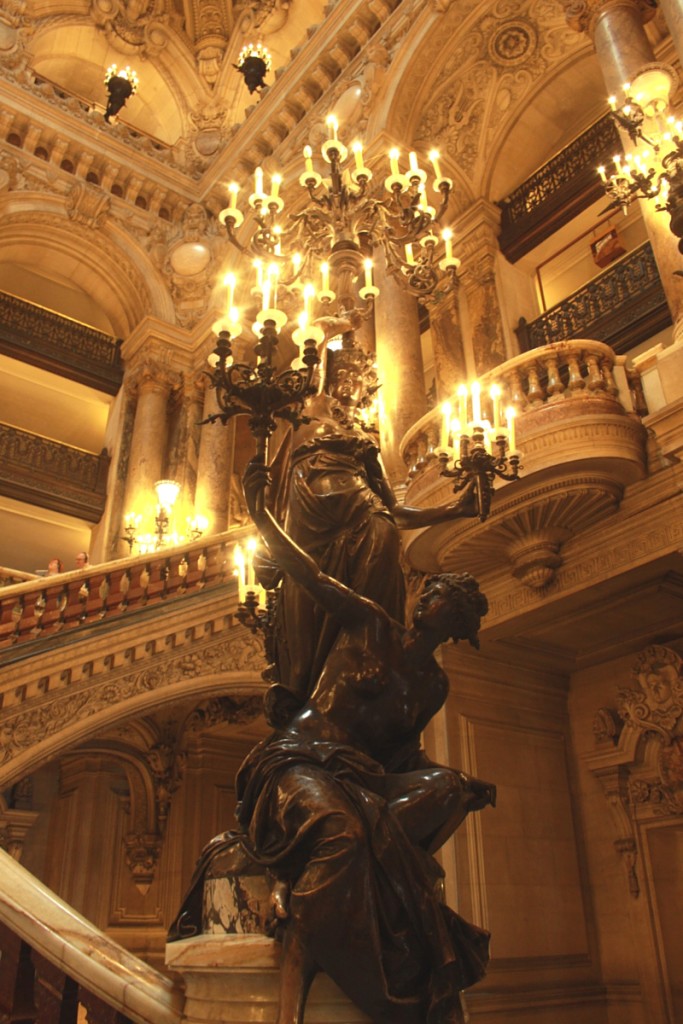 Garnier often visited Greece and Rome and many believe that his style was influenced by Renaissance artists such as Michelangelo. Judging by the gallery leading to the Grand Foyer, I can see the influence.

Does this remind you of the Hall of Mirrors in Versailles? Garnier had a say in the way that the building was decorated- he chose all the furnishings and fittings. These have been restored over the years- the original Louis XIV armchairs are still present but were pulled apart and reupholstered. The ten chandeliers in the Grand Foyer and the candelabras were also restored.

I’ve always had a thing for chandeliers- and it seems Garnier did too! 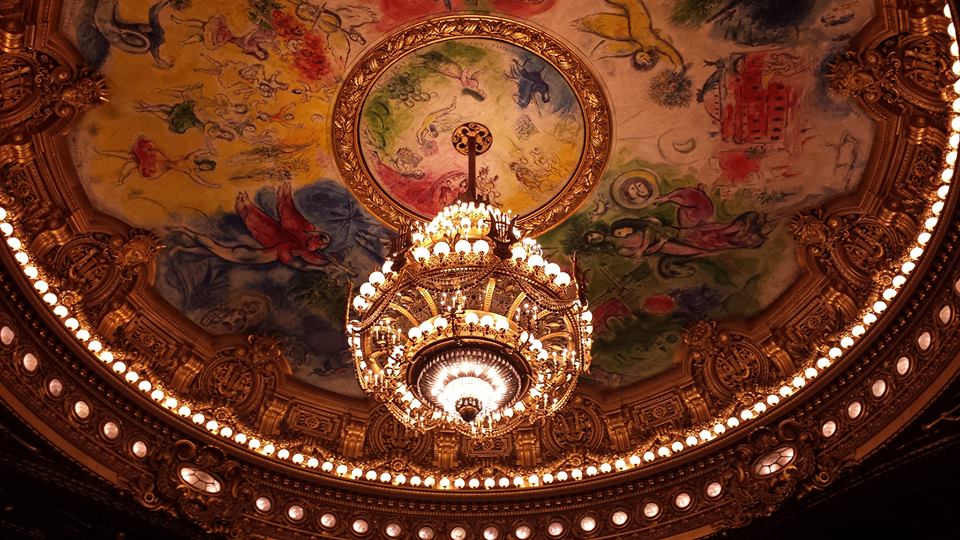 There was something gothic and eerie about standing on these steps and looking down towards the basement. 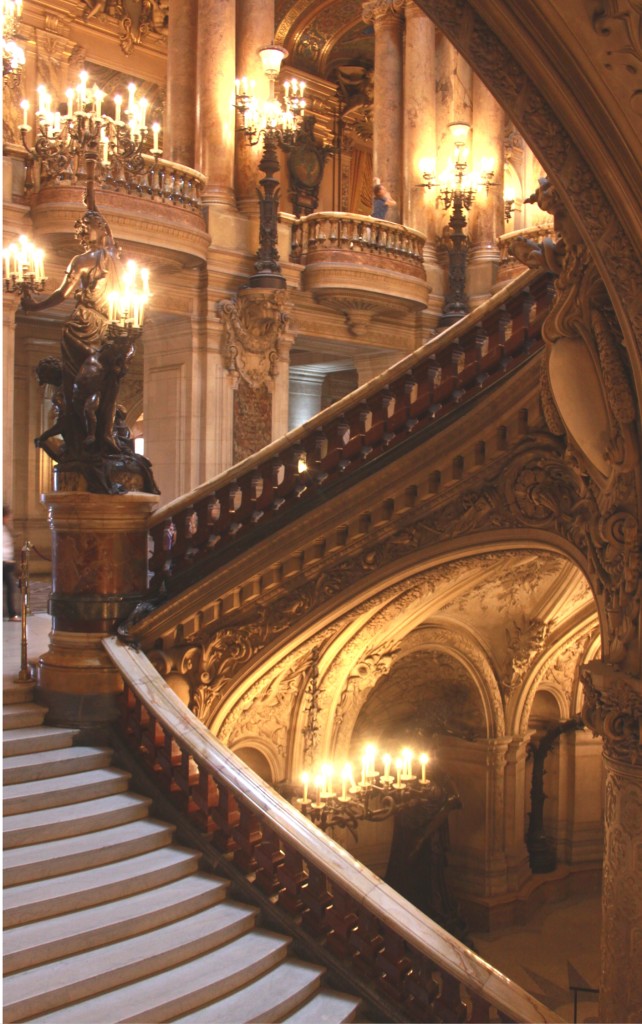 But do you know what I enjoyed the most about the Palais Garnier? Being completely present in the moment, and savouring every minute I spent in that beautiful building. Forgetting for a few moments, that I was a mum on holidays with my tribe.

I could pretend I was a solo female traveler circa my 20s!

Because I’m worth it. We’re all worth it! And we all know that being a mum doesn’t end while on a family trip. Just because we’re in another place, doesn’t mean that our little people stop needing us all the time. So it’s important to take time out for ourselves if and when we can.

Even if it’s just a cup of coffee at a local cafe! Or visiting a place on our own. 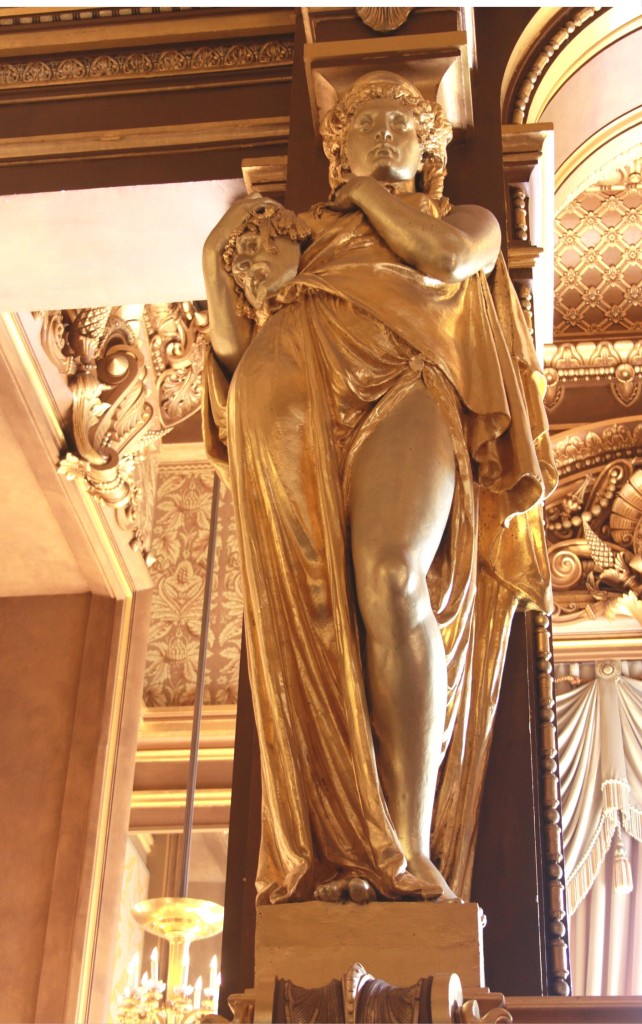 What are your thoughts about mummy time while on a family holiday? Do you take time out for yourself while travelling?

5 Advantages of Travelling With Kids
Visiting Paris Museums With Kids
Where To Stay In Paris: Arrondissement Guide
Top Things To Do In Paris France With Kids